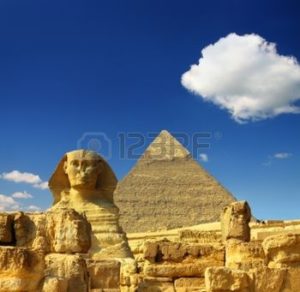 The people, events and situations outlined below are real.  Names have been changed for privacy purposes.

The Person: Ray was a construction worker who had been unemployed for four years.  When we met he was feeling very low.  He was apprehensive, Career Guidance was a new experience for him.  His four years were marked by a lack of self-worth and motivation.  He felt that he did not even to deserve to socialise with friends while he was out of work.  He was full of indecision.

The Dream: He knew that it would benefit him to return to learning and having done some research, he was torn between studying Archaeology and studying Renewable Energies.  When we teased out his ‘high dream’, he saw himself at the cutting edge of Archaeology heading a team excavating an ancient site in Egypt.  The thought of being a leader in a field he loved filled him with a mixture of butterflies and excitement.

The Road:  I invited Ray invited to consider a different version of himself, his ideal self.  Ray’s friends said a career in Archaeology offered limited work opportunities.  Everyone was pointing him towards Renewable Energies and windmills as they felt the next wave of employment would arise from Green Energy.

Ray hesitated about direction, age and money.  It had been 15 years since he had been at school and he was concerned about being a mature student.   But he listened to the possibilities.

The Outcome:  In essence, Ray learned through the Career Guidance process to be guided his own inner compass; to be true to himself, to own his own life and make his own decisions.  He chose to go back to College, is now studying Archaeology & Geology and loving it.

Are you feeling stuck in a position? Would you like to manifest your dreams and create a better lifestyle and income for yourself? Would you like to use all of your skills and strengths in a way that allows you to enjoy your work more? Is there  a goal that you have been putting on the long finger? Feel free to comment below.

7 breaths in, brings in success, 11 breaths out, let go of anxiety! 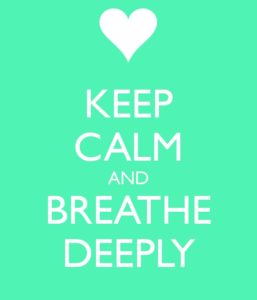 In the past week, I have completed a Human Given’s Guided Mastery Course. This course taught me techniques that would allow my clients mentally rehearse for success.
As it is exam season across the world, I thought that their 7/11 breathing technique would really help students deal with the pressures of exams. OF course, it would be beneficial to people preparing for interviews or presentations.
As exams approach, one of the easiest ways for students to relax is to concentrate on their own breathing. If you are a student, or someone reading this blog who is under pressure, I suggest that you settle yourself comfortably in a place where you won’t be disturbed. Sit on a chair or lie comfortably with your hands side by side in your lap. Or your arms by your side, or place them on your lap and make sure your legs are uncrossed. Close your eyes. Now concentrate on becoming aware of your feet on the floor, your legs and arms where they are resting or hands touching each other and your back as it is supported by the chair or floor. Let your shoulders relax and take in a really deep breath.
Then make each out breath last longer than your in breath (This is important because the out breath stimulates the body’s natural relaxation response. Changing the pattern of breathing in this way, allows your body to relax). Breathe in to count of 7, then breathe out gently and more slowly to the count of 11. This can be a challenge. If you cannot breathe out that long then breathe in again.
Do this about 10 to 20 times, knowing that you will relax more with each breath.
Concentrate on the counting (try not to let your mind wander off; if it does, just bring it back and don’t judge yourself) and feel the welcome sense of calm flow in. You could say to yourself if you wish, “I breathe in calm and peace. I breathe out all sense of worry”. However, just concentrating on the breath is enough in itself.
Try and become aware of how much less tense you feel, just by relaxing your breathing.
Students could try this before studying, before exams or prior to presentations. 7/11 breathing can get the oxygen flowing all around the body and to the brain bring vital energy back into the body. It also releases students or people from that “fight or flight” mode that causes a freezing of the brain and allows students to tap into their thinking brain.
If you know a student that is anxious, give them these tools. They will be able to access them successfully in any situation that causes them overwhelm. This simple breathing technique will allow them improve their overall performance. They can use this at home, in the car, in the exam hall or on the sports field. Let me take this opportunity to wish everyone well in their exams!

1. INTERESTS
I believe interest is critical to success. It’s essential to study or do an apprenticeship in what you want to do. What do you love doing? When is your energy high? When do you feel most alive? What are you most curious about? What grabs your attention so much that you don’t notice where the time goes? When you are choosing your courses I strongly advise you to follow your passions and interests
2. STRENGTHS Coupled with interests, you must make choices that support your strengths. Strengths are your aptitudes. They are things you do effortlessly. They come naturally to you. Some of you might be very practical and good at mechanics or with your hands. Others might be very good with numbers. Some of you might shine in sports. Others might be really good at getting on with others. Research suggests (Gallup) that we should double down on our talents. It tells us that people who focus on their strengths are 6 times more likely to be engaged in their jobs and 3 times more likely to have life satisfaction.
Online tests that help define your intelligences and strengths include Howard Gardner’s Multiple Intelligences, VARK learning styles, and strengthsfinder 2.0 ( US test )
3. The third way that you can make your future work for you is to focus on MEANING. Do you ever consider what you might have to offer the world? Do you ever ask yourself, what does the world need from you? Did you ever consider how you could serve others? How could you meet people’s needs? Did it ever occur to you that you can make a difference?
Studies show that, where people are focused on an inner meaning or purpose that serves others, they have more satisfaction. Look for ways that your unique talents, dreams and desires can serve global or local needs in your local area.
4. The fourth way that you can create a great future is to RESEARCH .Drill down deeper. Ask lots of questions to people in the careers that you are interested in. (Typical day, skills involved, training, positives and negatives about the work, recommendations, promotion opportunities etc)
In terms of College…..
Dropping out costs anything from €3,000 to €10,000 in fees alone, never mind living costs and grants. Now is the time to get real. Ask questions. Seek advice from people in the field. Look at the course content. Drill down deeper. Look at the content closely. Does it play to your interests and strengths? Where do people end up afterwards? Look at graduate destinations on the college websites. Where do people end up working? Does that appeal to you? Could you imagine yourself working there?

In terms of trades or gaining employment…….
If you are looking to do a trade, put your ear to the ground. Who is a fair employer? Where are the opportunities? How should you approach the employer? Is your CV in good shape? Could you do health and safety courses in order to make you a better prospect to an employer? Is there a PLC that would help you? Or a welding/ practical/ IT course? Do the groundwork now. Don’t wait until September. I have met too many students who didn’t make a plan and ended up, fed up, on the dole without the support of a school. Employers value motivation and learning. 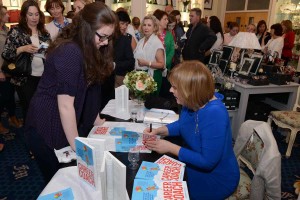 5. The final way that you can create a great future is not to give up! Adopt an attitude of someone who keeps trying. Learn to get back up on the horse again after a setback. It’s Ok to fail. It’s Ok not to know. It’s OK to ask for help. Don’t set limits on yourself. Anything is possible. 60 % of courses are available to graduates. So, an Arts student could do Medicine. A Sports Science graduate can be a Physiotherapist. There are back doors into so many professions.
Whatever you decide to do, I want you to really commit to yourself. Don’t limit yourself! Don’t play small. Don’t play safe.

Delighted to be on Ireland Am with tips from Career Coach. Talking with Anna Daly and Tommy Martin about CAO and how parents can help teens make happy and successful career choices. 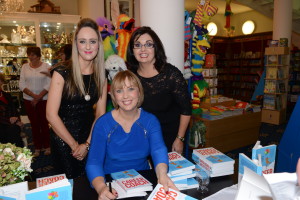 The publication of ‘Career Coach’ by Dearbhla Kelly is in circulation and getting great feedback. ‘Career Coach’ gives parents 10 steps that will help them lead their teen to their life purpose. Purpose defines who are and what we do in life. Some people have a clear idea of their purpose and career path from a young age. Others discover their purpose by rising to a challenge or stepping out of their comfort zone. For many, life purpose and the discovery of their vocational calling is a gradual process.

It’s the final countdown to the publication of ‘Career Coach’ by Dearbhla Kelly. ‘Career Coach’ gives parents 10 steps that will help them lead their teen to their life purpose. Purpose defines who are and what we do in life. Some people have a clear idea of their purpose and career path from a young age. Others discover their purpose by rising to a challenge or stepping out of their comfort zone. For many, life purpose and the discovery of their vocational calling is a gradual process.

My New Book, Career Coach- A Step By Step Guide to Help Your Teen Find Their Life Purpose

For many years, I had wanted to write a book that would help teenagers find their life purpose. As a teenager and young adult, I myself struggled knowing what career path to take in life. Over the years, I met many people who were searching for a satisfying working life. 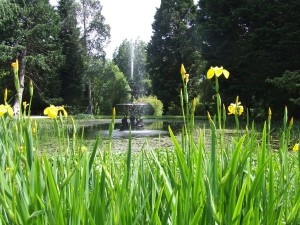 Are you noticing increased stress levels in your teen? Are you aware of a change in their mood? Is their sleep interrupted? Are you getting anxious? Perhaps, your teen is distracted, not working enough or on the other hand working too much? It is the first of May and there are about seven weeks to the Leaving Cert.

Signposts Pointing to Your Life Purpose

Life purpose is something that we all think about at various stages throughout our lives. I mulled and chewed over my life purpose as a teenager and again in my mid to late twenties and early thirties. In my daily work, I meet people of all ages who are grappling with their life purpose and finding meaning in the world of work.

Are you a Mature Student and thinking about going back to College? –Some Points to Consider.

Those adults who are aged, new horizons 23 by the first of February are considered as Mature Students for the purpose of CAO applications. These days it is very common for people to consider going to College or University later in life. Redundancies, disability, dissatisfaction in careers, a change of life circumstances or unfulfilled dreams may prompt people to think about going back to education.